What can we learn from Ayurveda? The Ancient Indian system of naturopathy – WHICH translates in Sanskrit to ‘life (Ayur) and knowledge (Veda)’. What Is Ayurvedic Healing in the 21st Century?

Here Are Some Things to Know…

Now, Eastern medicine is a very fascinating topic.  How the Mystical Teachers of the Ancient World used herbal remedies and spiritual practices to heal the body is nothing short of amazing.

Traditional Chinese Medicine, for example, is very popular all over the world and this itself is many thousands of years old but Ayurvedic Healing definitely is another very good example.

In fact, India is very much like China traditionally in this respect.  It should also be noted that India and China are 2 of the world’s 4 famous ancient civilizations alongside Ancient Egypt and Mesopotamia (The area that is now Iraq, Iran, Kuwait, Syria, and Turkey).

Together no other countries have kept such records of their ancient healing methods.

So, Ayurvedic Healing is also thousands of years old with no known origin of when these practices began.  Although the earliest records date back to around 3000 years ago.

Eight components are said to make up Ayurveda and these include the following;

I will explore each of these eight components in more detail further in this post.  They are definitely a very big part of understanding what Ayurveda is about.

But, What Is Ayurvedic Healing in the 21st Century? – this is definitely something we will need to look at

What Is Ayurvedic Healing?

Ayurveda (or Ayurvedic Medicine) is one of the world’s oldest known holistic (“whole-body”) healing systems.  It has been very popular since ancient times and its practices are said to originate from India, Nepal, and Sri Lanka.

It’s quite different really to Traditional Chinese Medicine but still, there are lots of things to learn from Ayurvedic Healing Practices that can help the body to become more healthy.

Many Indians and Asians are known live to quite a ripe old age.  This is quite clear and it does raise the question – of whether Ayurvedic Healing Practices alongside other Eastern Philosophies play some role in this.

What Is the Concept of Ayurveda?

As mentioned in the beginning Ayur Veda means Life-Knowledge or Knowledge of Life.  It’s a concept based on the belief that health and wellness depend on a delicate balance between the mind, body, and spirit.

Ayurvedic Practitioners for example believe that disease is caused by an imbalance in a person’s consciousness.  For this, it encourages Ayurvedic Healing Practices as a means to tackle the root cause of the problem.

Then once this imbalance is neutralized it is believed that this will impact whatever is causing this dis-ease.

This might seem odd to some people because if someone has a disease they would most likely expect this to be the focus of their treatment.  Not some metaphysical disturbance but it is undeniable that Ayurvedic Healing Practices come from a long line of very wise teachers and that this is something that has actually worked for a very long time.

In fact, just like Traditional Chinese Medicine Ayurveda has seen a surge in popularity in the west since the new century began and even before this. Ayurvedic herbalism especially has become quite a staple in the health supplement market.

In fact, it is said that the Ayurvedic herbs market is projected to reach 21.6 Billion USD by 2028 [R] and this is just one aspect of Ayurvedic Healing Practices as a whole.

The Eight Branches of Ayurveda

Ayurvedic Healing Practices mostly consist of 8 different branches that all focus on different areas of health.

Note:  Bhūtavidyā is quite a strange one – I know the image above says microbiology but actually psychotherapy and the treatment of mental illness seem to be a more apt kind of definition – although exorcism I think might loosely just fall under this.  If anyone would like to share their thoughts on this please let me know in the comments below.

Now, continuing on another very essential component of Ayurvedic Healing Practices is the 5 Principles;  So…

What Are The Five Principles of Ayurveda?

Ayurveda believes that the entire universe is composed of five different elements:

Together these five elements are referred to as Pancha Mahabhoota.

They are believed to form the three basic senses of humor of the human body in varying combinations.

This can be further defined by 3 different body types;

In Ayurvedic Healing Practices one thing that is understood is the three core Ayurveda body types or the Doshas.

These are Vata, Pitta & Kapha.

Each is described as biological energy found throughout the human body and mind.

Together these Doshas each govern the physical and mental processes and provide every living being with an individual blueprint for health and fulfillment.  Each Dosha functions as a combination of 2 different elements;

How Do You Balance All 3 Doshas?

According to Ayurvedic traditions, there are a number of ways that we can work to balance our Doshas.

Firstly,  the right amount of sleep is very important to balance our Doshas – so getting to bed before 10 PM every night is the first way that we must begin to do this.

Secondly, following an uncompromised daily routine is the next thing.  Waking up at a certain time in the morning, having breakfast at a similar time each day, and so on.  Planning a daily schedule and living by this apparently is very good for balancing our doshas and it is definitely a good thing to practice.

Then following a Vata-pacifying diet is another way.  To do this we must favor warm beverages over cold, smooth over rough and moist, and oily over dry.

Nutrition is key here but also how we prepare our food is very important too.

These ideas are explained quite well in the video below I think.  So if you have time give it a quick watch.

And finally, another very important way to bring Dosha Balance is to Practice Transcendental Mediation.  This should be incorporated into our daily routine until it almost becomes second nature.

We should find that following these steps whether Dosha is real or not will definitely benefit our health and this is really what Ayurvedic Healing Practices are all about.

Besides the eight branches of Ayur Veda, the 5 principles of Vata, Pitta, Kapha, and dosha balance another thing that is key to this Ancient system is the many different treatments and therapies that are offered by Ayurveda practitioners.

Things that are important to this system include;

Probably not every Ayurveda treatment I’ve listed above (I know).  Really in a lot of ways Ayurveda has been a continuously evolving system that even into the modern age has continued to develop.

Many have put their own spin on Ayurvedic techniques such as a long line of Yogis including Sadhguru and Sri Sri Ravi Shankar amongst countless others. [R]   Although, one key thing STILL is very much…

Marma points are energy points in the body used for healing in Ayurveda. They can be compared to acupuncture points in Chinese Medicine and compared are really one and the same.

So, translated, Marma is a word that means “a point that can kill’.  Exactly why in martial arts some of these Marma points are identified as weak points to center on for attack.  Likely why this name is given.

Plus also Marma points are identified as Neurolymphatic centers.  These are used for stimulating the removal of lymph and enhancing the efficiency of the body’s organs.  Something which is very important for Reflexology.

Probably the best-known out of all Ayurvedic Healing Practices and certainly the most popular is Yoga.

Yoga and Ayurveda are two interrelated branches of the same great tree of Vedic knowledge that encompasses all human life and the entire universe.  Many will know that Yoga involves various stretching exercises.  These are of course beneficial for strengthening underused muscles but also Yoga is said to have quite a special spiritual significance.

This is highlighted by Yoga’s place within the six Vedic philosophies.  For developing the meditative mind Yoga is significant for healing purposes and is said to be the basis for all Vedic knowledge.  [R]

Many popular dietary supplements use these as ingredients and it’s quite interesting how these are known as superfoods.  As Ayurveda is typically all about healing it is no surprise that certain nutrients are key to its healthy principles.

Many cultures hold a certain significance to herbalism and the Indian sub-continent is very well known for its various plant-based medicines.  In Ayurveda, there are countless different herbs and spices that are used although of course some are better known than others.

Ayurvedic Healing in the 21st Century is an ever-growing topic of discussion.  In a world that is more connected than ever before the teachings of Ayurveda are reaching more people every day.

As more people search online for effective health solutions logically many will stumble upon Ayurvedic Healing Practices.  Yoga, Herbalism, and the many complex ideologies of these ancient traditions are helping to remedy all kinds of adverse health conditions.

Only Traditional Chinese Medicine comes anywhere close to Ayurveda’s popularity and what is for sure is that this is only something that will continue to grow in the coming years ahead.

I shall finish up this article here but for those that are interested I will share some links for further reading below;

If you have read this far then I really appreciate your time.  Any questions or feedback you would like to leave it will be great to hear from you.  Please scroll down to the comments section below to let us know what you think. 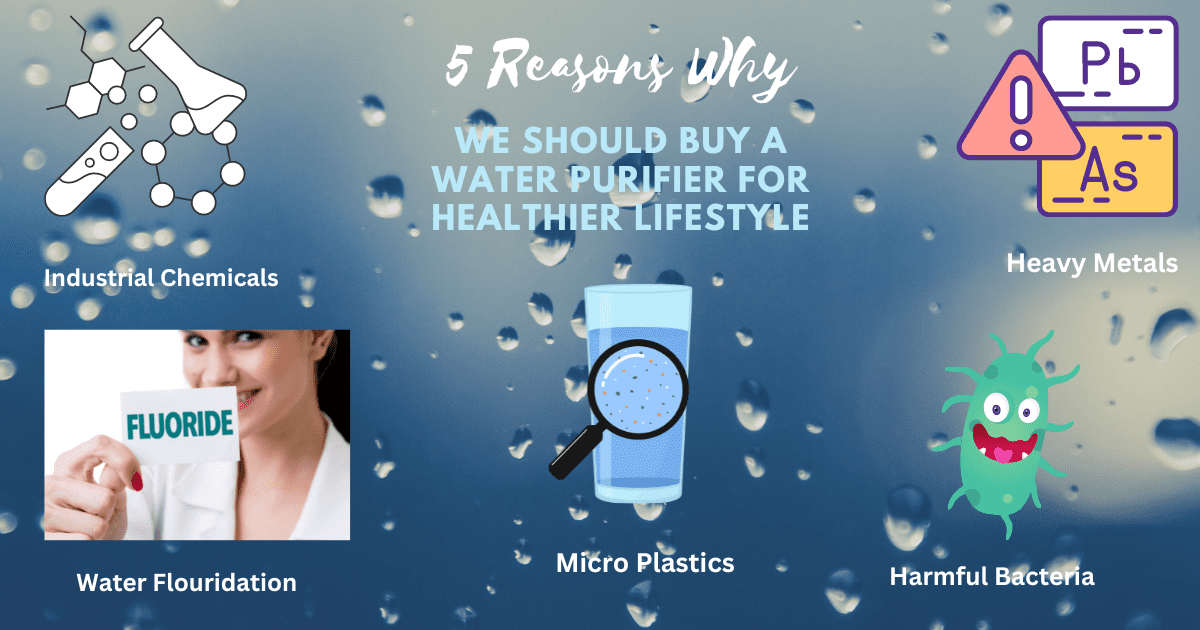 Alex Chivers
November 16, 2022
Articles, Miscellaneous
8
Healthy Living, Water Purification
Are we being poisoned without us even knowing about it? What of the shocking reports of contaminati…
Read More Alex Chivers
November 13, 2022
Nootropics and Brain Health
7
When we hear of Collagen we may think of it as a treatment for skincare or even hair loss.  How…
Read More Is Blessed CBD The Best CBD Oil in the UK Is Quietum Plus Tinnitus Relief a Scam – Here Are The Facts

Alex Chivers
October 29, 2022
Tinnitus, Vertigo and Hearing Problems
Is Quietum Plus Tinnitus Relief a Scam? In Case you are wondering – Before you Decide to Buy Th…
Read More 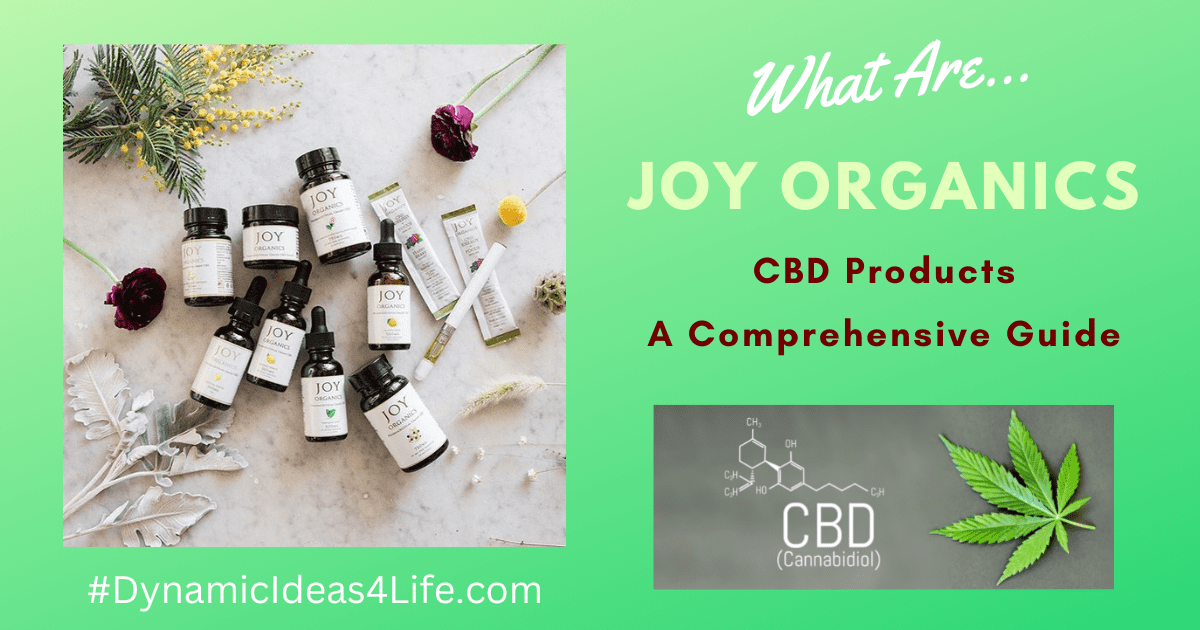 What Are The Best Joy Organics CBD Products: A Comprehensive Guide

Alex Chivers
October 29, 2022
CBD, Kratom and Kava, Product Reviews
2
Recently one very big claim to hit news outlets has been that CBD can reduce symptoms of anxiety in …
Read More